Why roleplaying games are more important than ever in today's screen-centric society. 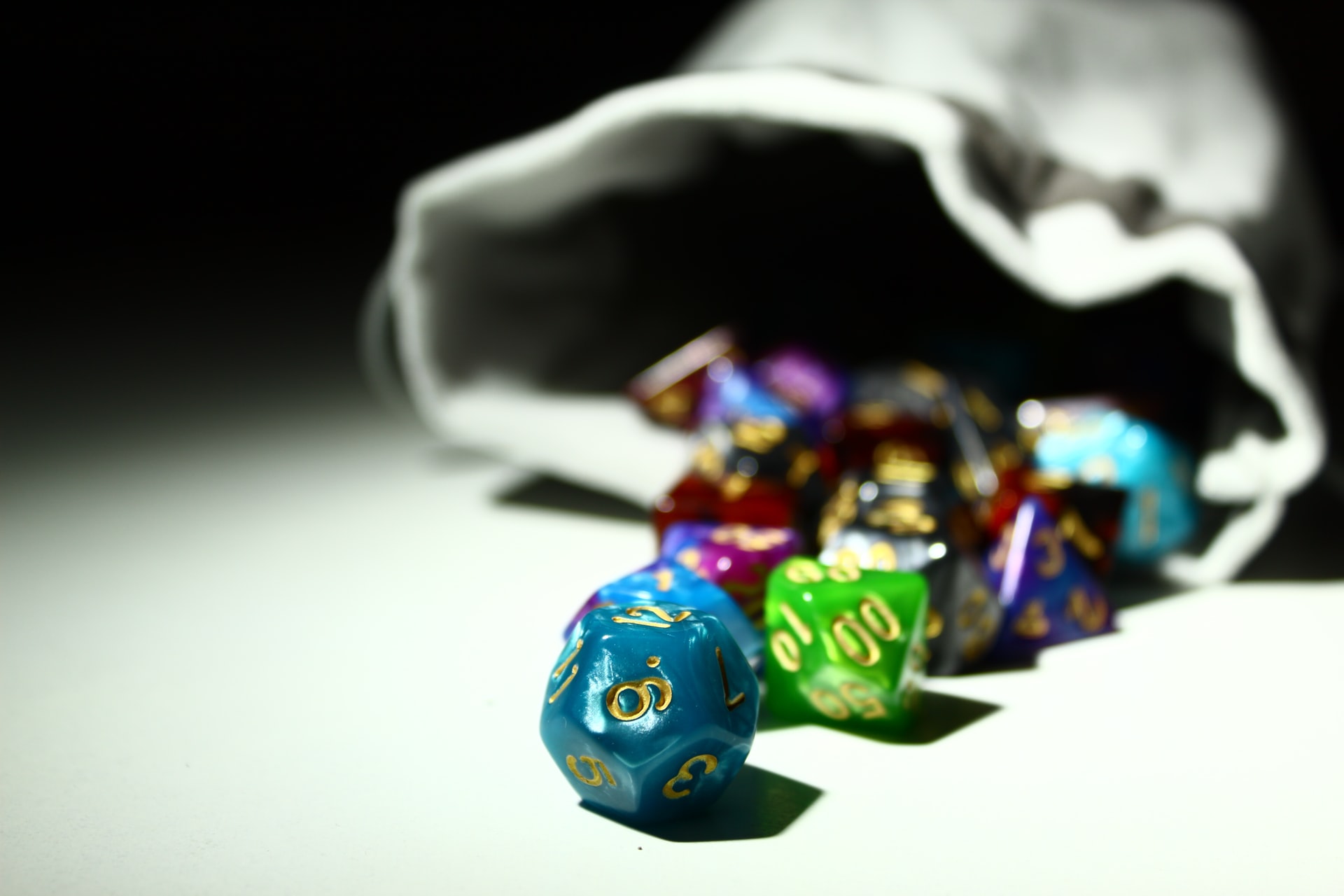 An ominous breeze creaks through the forest. Slivers of pale moonlight barley make it through the dense, sprawling tree-line, giving way to the engulfing darkness. A dwarf, a gnome, and a human stand back to back in a sparsely lit clearing, weapons drawn and readied. The dwarf is short but muscular, his thick beard and battle-scars accentuating an aura of confidence. The gnome stands petrified, his thin frame frozen with fear. The human, towering over both, stares warily into the surrounding darkness. A deafening roar breaks the silence. Trees crash violently to the ground. Footsteps thunder towards the group.

The group frantically turn to face the source of the noise. Their weapons clutched in the white grips of their hands. A great club shatters the surrounding tree-line, revealing a slobbering ogre. It lets out a second roar as it glares menacingly into the eyes of the party.

“Alright everyone, you’re entering combat so lets see those initiative rolls!” George, a blonde-haired twenty-year-old, speaks from behind a sprawled out cardboard beer-box.

The three guys sitting around him each grab and roll twenty-sided dice, calling the results out to the group. The confident, battle-hardened dwarf, is now Alex, a slightly shy science major. The gnome, is twenty-one-year-old Caleb, a confident, self-confessed ‘jokester’ who is always ‘the life of the party’. And the human is Dan, a first-year architecture student.

The group are playing Dungeons and Dragon (DnD). Unlike other games, the characters, world, and stories of DnD only exist in the imaginations of the group. The game is a method of ‘collective storytelling’, in which the players can, quite literally, be whoever they want and do whatever they want. George, ‘The Dungeon Master’, creates and maintains the world which the players interact with. He is, in a way, the ‘God’ of the universe. Using a series of complex rules, guidelines and dice rolls, he runs the monsters, the non-player-characters (NPCs), describes the environment, and determines how the player’s decisions affect the world.

To the group, DnD is more than just a game; it is a method of personal expression, a creative outlet, a way to build friendships, try out new ideas, build self-confidence, explore their inner-self and relationships with others, and most importantly, to have fun. It is this player-driven, imagination-based, open-ended culture that DnD embodies that sets it apart from the structured, visualised, nature of what has become the dominant entertainment medium of our time — video games.

Until recently, DnD, and other tabletop role-playing games, were a dying medium. Their meteoric rise to the mainstream in the 70s, fast dwindled when game developers took storytelling out of the mind and put it on a screen. Games such as The Legend of Zelda digitised many of the core functions of DnD, not just in their fantasy storytelling, but also in their basic mechanics. For much of the early 2000s, DnDs creators, Wizards of the Coast, made multiple attempts to embrace the digital age and bring Dungeons and Dragons ‘online’. It wasn’t until 2014, when they released DnD’s 5th Edition (or 5E), that the game began its resurgence into the cultural mainstream.

5E brought DnD back to its roots. It simplified the ruleset in a way which was friendly to new players, yet still allowed for depth and adaptation. 5E wasn’t hung up on emulating its digital competitors — it embraced that made DnD unique: an endless sandbox, not one which was constrained by pixels on a screen and artificial boundaries coded in by programmers, but one which was truly only limited by the imagination of it’s players.

The results were quick and clear; DnD garnered mainstream attention, outselling the previous three editions combined, appearing in hit T.V. shows such as The Big Bang Theory, and Stranger Things, and spawning a range of podcasts and web-shows.

A 2013 study by Aubrie Adams from the University of California found that DnD ‘fulfilled and enhanced’ social needs and skills, specifically in areas related to ‘democracy, friendship, extraordinary experiences, and ethics development’. Such outcomes, she argued, are of result of the face-to-face creative problem-solving environment which DnD provides.

DnD allows people to enter the minds of the characters who embody the traits which they themselves aspire to adopt. Alex is no longer ‘Alex’ when playing DnD; he is ‘Bohf’ the dwarf. Bohf doesn’t have the fears and anxieties of a 20 year-old university student — he is the incarnation of confidence and assertiveness. Bohf is the rock-hard foundations of the party, he is a leader. By playing ‘Bohf’, Alex is shaping his own persona. He is embodying very real traits and characteristics in a social enviornment built in a collective imagination.

But the impacts extend beyond the social. DnD also requires players to build worlds, characters and environments in their minds. The players are both the rendering engine, and the artist. When George describes a situation, each member interprets his words to create an entirely unique picture in their heads. Players will probe George with questions to confirm and unify their visualisations — “How tall this bridge?” “Are there any tracks on the ground?” “Can we see any weapons on him?”. Such activities undoubtedly foster creativity within players.

The worlds players create in their heads, are both fluid and interactive. They are constantly changing form as new information is revealed, and players have the agency to shape and modify them through probing questions. Players are encouraged to approach problems from a lateral mindset. Solutions are only limited to the imagination of the players and the omnipotent decisions of the dungeon master.

In one session, the group was overwhelmed by a nest of giant spiders — think Aragog from Harry Potter and The Chamber of Secrets. One party member had been knocked unconscious, and the rest were near dead. It was clear this wasn’t a fight that couldn’t be won with swords and fireballs. Caleb, in a moment of quick thinking, decided they must instead scare the spiders off. But what could possibly scare a spider that size…? “Birds! Every spider hates birds!” Caleb yelled as he cast an illusion of a giant squawking bird flying aggressively around the party. And it worked, the spiders scuttled away, and the group lived.

While in real life, players obviously can’t literally cast an illusion of their co-worker or bosses’ greatest fear to escape a heated argument, the experience gives them the skills to approach such problems from a range of creative, non-confrontational angles. Players are encouraged to look past the obvious solutions to challenges, and instead think laterally to find the best solutions.

Far from the image of sweaty nerds in the parent’s basements, George’s group teaches us that DnD’s resurgence into the cultural mainstream brings with it a host of affordances that were lost in today’s screen-centric society. The benefits reach far into the personal lives of the players, providing them the skills to tackle the challenges of everyday life.

But the question still remains — how will the group escape their perils with the ogre? Will Dan devise an ingenious escape route using his limited surroundings? Will Alex confidently lead the group into battle? Will Caleb think of a creative way to distract the ogre while the rest of the group runs free?

Or will the ogre smash the players to smithereens?